Work began on the Parish Church as it stands today in 1810 and was completed in 1817. The entrance onto Halston Street expresses a Gothic feel with its imposing tower and castle-esque design. The North Anne Street entrance is a more subdued. The modest doors hide the elaborate plasterwork and detailing within.

The Church was constructed prior to Catholic Emancipation (1829) and wasn’t allowed an entrance that opened onto a main street. The presence of Green Street Courthouse and Prison had elevated the importance of Halston Street at the time and so entry to the church was through, the less important North anne Street to the rear.

Seventy years after Catholic Emancipation, the Halston Street extension, design by Architect George Ashlin, was built in a Tudor Gothic style. The extension included a chancel, two side chapels as well as a tower and belfry.

The church contains a number of impressive stained-glass windows by German stained-glass designers and manufacturers, Mayer & Co. as well as a window attributed to Harry Clarke in the Mortuary Chapel.

Today the church is used daily and is at the heart of parish life. Mass is celebrated Monday to Friday at 10am with weekend Masses on Saturday evening at 6pm and Sunday afternoon at 12pm. It is, in the native tongue, ‘a little gem’. 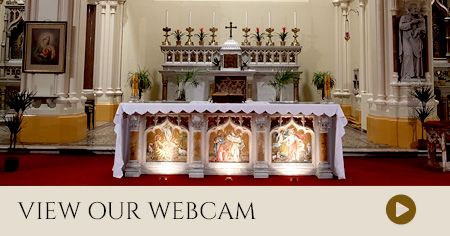 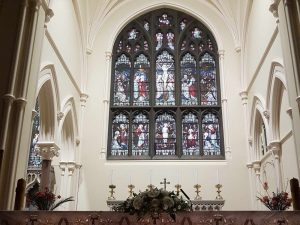